Creating a three-dimensional model of the central part of Donetsk 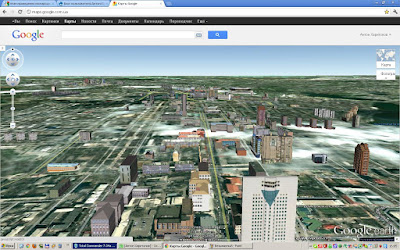 As part of the course "Geoinformatics" for students of the specialty "Programming and Computer Design" I have developed and introduced into the educational process course on the topic "Building a geographic information design space within the media support EURO 2012"
This project involves the creation by each student of 10 buildings in the central part of Donetsk, mainly centered around the stadium, fan-zones and the central highway. Students should develop and lay out the resulting buildings in the open access layer of 3D buildings, sign and provide a brief summary on each building. It is expected that among the army of foreign fans there will be many who want to get acquainted with the map of the city center in advance. A three-dimensional map can be viewed on Google Maps with the "Earth" layer turned on (an additional plug-in will be required), or through the Google Earth program with the 3D building layer turned on.
At the end of the project it was created about 500 buildings. Unfortunately, the company Google has removed the possibility of laying out buildings in 2013.