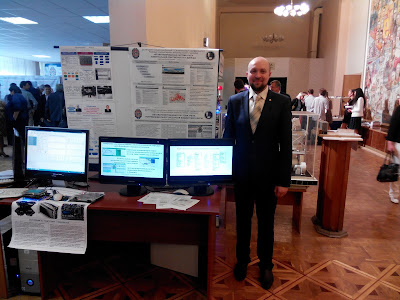 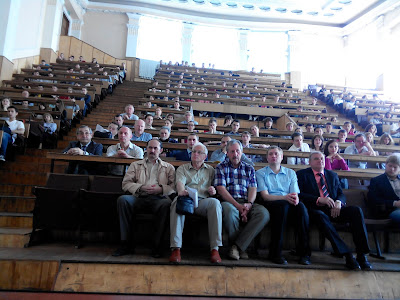 The purpose of the conference was the development of creative and intellectual activity of students, graduate students and scientists, their involvement in solving urgent problems of computer science, the preservation and development of a single scientific and educational space, the establishment of contacts between future colleagues.
The conference was organized by the Faculty of Computer Science and Technology in collaboration with the Council of Young Scientists and the Council of Student Self-Government of the Faculty. I was the main organizer.
I also presented my scientific and practical works at the exhibition. 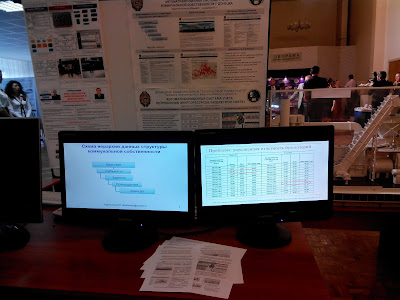 The collection of conference materials consists of 600 pages. I am the producer of this book.
The conference raised current issues in the basic and applied sciences. In particular, in the field of mathematical and computer modeling, presentations were made on the following topics: “Some issues of the theory of polygons over semigroups”, “Using the vector finite element method for modeling magnetic fields in non-destructive testing”, etc. engineering and their application in various areas of production. 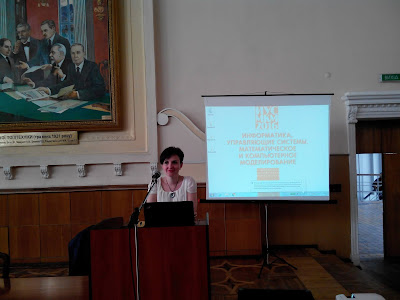 According to the results of the conference, it was decided to strengthen the links between the production and the educational process, to continue the international cooperation started earlier in the field of mathematical and computer modeling, designing information management systems.